Help Support our Site and Podcast

I recently traveled back to the US to help take care of my Mom. The flight there our plane had an entertainment system glitch which meant no movies/media for 12 hour flight. To make life more interesting me and the guy next to me got busted for talking a little loud by the guy seated in front of me. How do I know this? Because not 1 but 2 airline flight attendants came buy and informed us and asked us to keep it down. Don't know the irony emoji but. The annoyed passenger leveraged this situation into a seat further forward in the plane. I saw him at the arrival portion of the flight while everyone was walking past him. He had to wait to go get his overhead stored baggage...oh well. But I digress!

The return flight media system in fine form and I decided to watch Bohemian Rhapsody. For the record I am not nor ever was a Queen fan. That being said I liked them for a couple of early songs mostly for Brian May's awesome guitar playing and tone. Yes I know Freddie had an awesome voice and the band had a high production standard,etc. Their music was just a little to overblown for my taste bordering on cheesy. Like the Brits say-"Horses for courses."

The movie was great for an airplane ride. The story quality comparable to Movie of the Week on network television=not good but better than nothing. Rami Malek was handed a great character to play and did a reasonable job of interpreting and performing him. I still prefer him as original character in Mr. Roboto. It's really tough to play an actual person, especially one that was a pop star of Freddie's stature. I also watched an old favorite: Planes, Trains and Automobiles and JFK which I actually was able to focus on more of the key plot points than earlier viewings of the movie. Oliver Stone and Paul haggis keep the plot and dialogue coming fast and furious in that on at almost a relentless pace. I guess Planes, and Automobiles was my meme for the journey.. 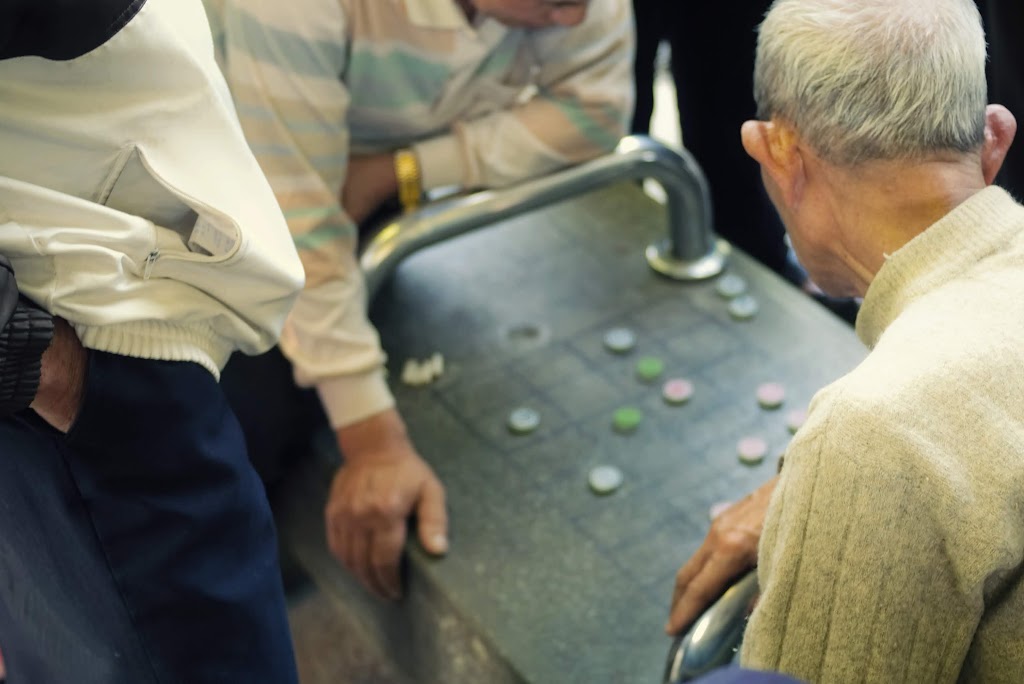 This was shot on recent day trip to Taipei to meet a visiting friend. The outer ring of the LungShan Temple is always bustling with a lot of middle-aged and older men playing Chinese chess. Others are sleeping or panhandling. This area seems to have almost a Lourdes-like attraction for the Taiwanese especially those less fortunate. This is also part of my Hands Speak series on G+.