Help Support our Site and Podcast

Zagging Instead of Zigging

I know I've been kind fo quiet here and also on my A.Connector podcast.. I'm actually going back to my old Getting a Leg Up podcast roots and doing podcasts with music in them. i'll still do some interview based podcasts but just haven't been feeling it lately and a number of the people I was interested in getting on seemed all to vaporize... LOL. I guess many people not i "the media." feel awkward about being on video or audio for posterity's sake.

On the business front I have a new project I'm working on with a cool friend that has a lot of good business management background, seems pretty Zen-the all purpose #tag for someone that is kind of chill and centered, and very intelligent and easy to talk to. Have a Zoom meeting tomorrow,. We actually met for coffee the other day which was great. We live at different ends of town. So I suggested meeting virtually because it's time saving... Zoom is different when you don't have to do it but feel like it or recognize how it's nice when you are freely choosing to do so.

Here in Taiwan covid still pretty well contained although there has been a recent incident in Northern Taiwan. A friend of mine is almost done with his fourth go at quarantining-glad to let him have that record.

Glad that the political news in the US a little duller these days-I'm sure that is killing MSM and they're trying their hardest to come up with other riveting news to keep their money making machine going. Wall Street got kind of interesting with short squeeze story and major tremor in the markets yesterday.

Stay tuned for new podcast release probably tomorrow and new business project development as I have noteworthy info to report.

The "New Take" post title is multi-leveled. Firstly it is a new take on the header shot for this site. Secondly, it represents some other new takes happening in my professional life: adding new business services focused on the Taiwan export manufacturing market. These involve marketing consulting with emphasis on effective business English communications. Finally, and old friend of mine approached me with an idea for a possible documentary film about his father-in-law. There is a great "human story" in this man's life:

An orphan from China, adopted into another family. Loved by his mother because at an early age, maybe three, he stood between his adoptive mother and adoptive father, who was loudly, perhaps drunkenly, abusing the poor women. The little boy comes between them and shakes his fist at the man towering over him, diffusing the situation somehow.

At 15 or so (he lied about his age so he could sign up) he joined the People's Liberation Army so he could have food to eat. They put him on a ship to Korea, where he could reasonably have expected to die. The Chinese were sending waves of soldiers against American machine guns in the Korean conflict, to see if they would run out of bullets. The Russians had promised air support but it never arrived.

His boat was sunk by an Republic Of China ship. He and several others were pulled out of the water and rescued. He was jailed as a political prisoner. His cell mate was an author jailed during the white terror for political writings. This learned scholar taught him to read and write.

He was eventually released as a member of the ROC army. I don’t know how much ‘fudging’ of records was involved. There is still some dispute between his actual and official birthday, and even his age.

He went on to make propaganda films for recruitment into the ROC army. You ,ight have seen clips of such buddy-buddy army comradery black-and-white stuff. I don’t know how many they cranked out or how many he was involved in. They remind Taiwanese of a "certain age" of a nostalgic period of time.

He was a director or producer of TV and radio in Taipei, until his wife called him home to Taichung. He won national level awards. There are photos online....

I'm currently in discussions with a creative media friend to see about possibly doing this project together. Will keep you updated.

Tags: business, challenges, changes, documentary
Posted in According to Me, Photo essay | Comments (0)

What's the story Jerry? Well my story is about going to Xitou one of the most beautiful natural spots in central Taiwan. I didn't go anywhere over this years late Chinese New Year holiday. My friend and I will walk through the forest and take some photos,talk some talk, and dream some dreams. How about you? Have you been able to get out and clear your head and get some exercise. I've been making progress on some new projects and am most excited about my newest one-no not because it is the newest! I admit people tend to love the new and get bored with the old-in this case my new project is really a new iteration of an existing business that has been going on for almost 20 years. My partner and I originally produced special performance TPE materials-a kind of synthetic rubber type of materials which we also processed/molded for components that customers required. Now we are branching into selling the raw material so many more people can use the material and provide new materials/products for the marketplace. Please feel free to share what new things are going on in your life. 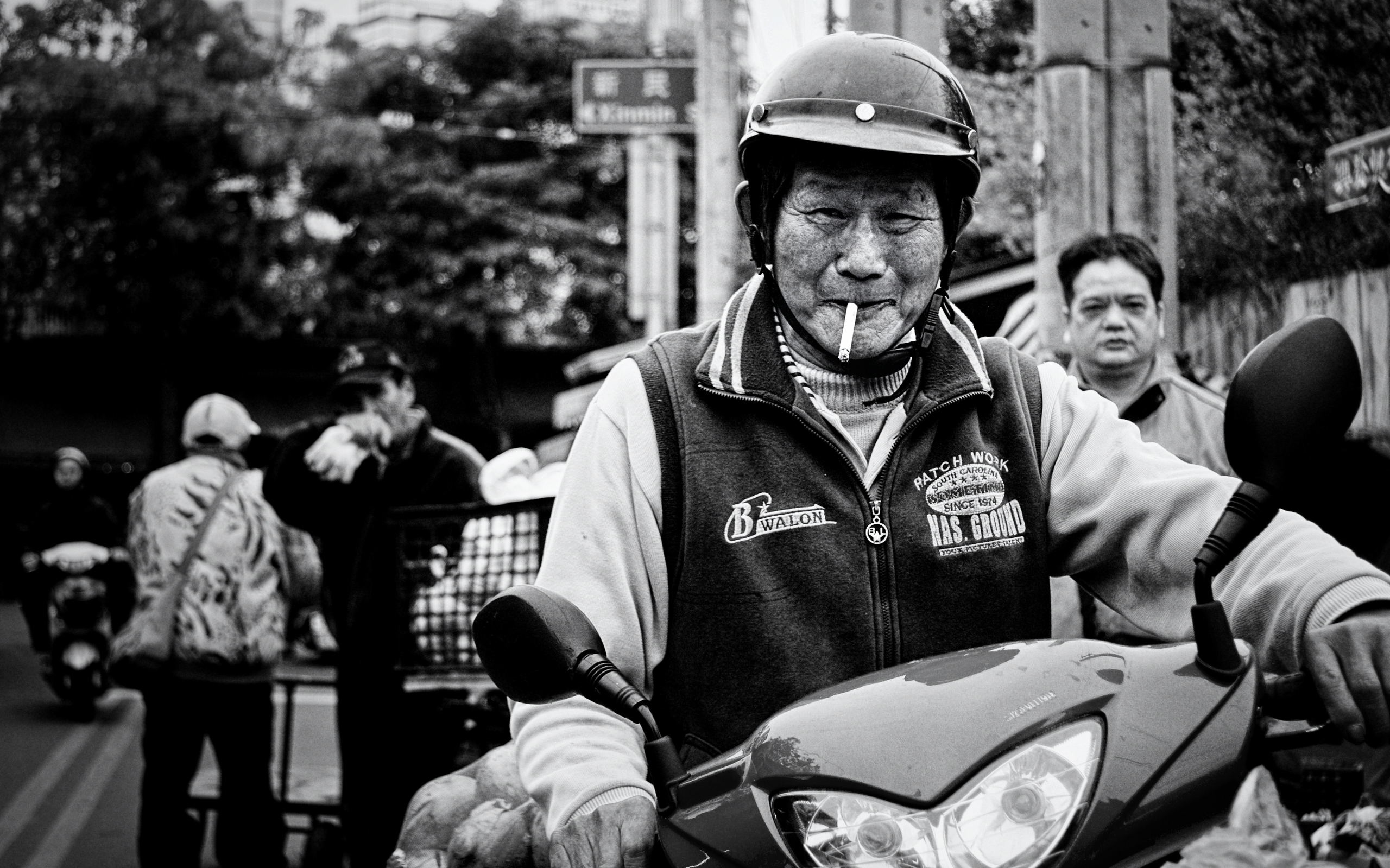 The meaning of the title...blah, blah, blah. Yes because of social media sites I devote much less time to this site. That being said it's still mine to ignore abuse or adore as I please. I hope you still stop by and kick the tires from time to time. I've been listening to so much less music than I used to do back in the day. That being said, I'm viewing far more moving media(small screen in this case) than before. Also shooting and editing more photos and still playing my guitar whenever I think of it. The flow of information, the associated value the way it disrupts or corrupts a little different but still kind of the same. watched a cool David Byrne video of an old talking Heads song: Houses in Motion. Will link below. I remember Tina Weymouth, Byrne's former band mate from The Heads saying of him, David Bowie and Brian Eno-"Those 3 are always the smartest in the room and they love talking to each other. One day I can picture them as old men talking amongst themselves ignoring everyone else in the room." well he does have white hair now...  I met and spoke to him after a Talking Heads show in Tucson back in the late 70's-indeed a bright and interesting guy. Heard he has Asperger's-seems about right.Have been busy working on new performance materials for shoes, athletic and protective gear lately. Good breakthrough on vibration damping/shock absorbing 3D moldable material-Visorb Life is good because it's life and trying to make the most of it with family and friends. Thankful for every day and moment which is full of new opportunities, experiences and memories 😀